K. Ikeda is an artist whose works and thoughts are inspired from vivid, dreams he had back in the late 70' and early 80's. On of which was especially memorable : he was in the center of universe surrounded by zillions of sun like  orbs that shined and moved around dark currents that were to him, branches of ever changing tree like form that he now calls 'Cosmic Tree'. His work is not  recreation of these dreams, but creation of forms and composition inspired by them as well as from thoughts derived from contemplating upon them.

Over the years,Ikeda has primarily worked with three major themes: the Tree of Life, Cosmic Tree and Matter and Light- all inspired by dreams he had and thoughts derived from them. He has developed these major themes by further dividing them into sub-themes. Each artwork representing various aspects of these sub-themes. Currently, much energy is spent on the theme of 'Cosmic Tree', and following images in this page shows representative works of Cosmic Tree. 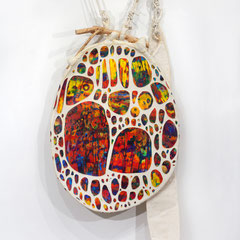 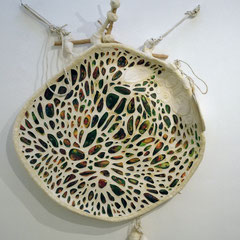 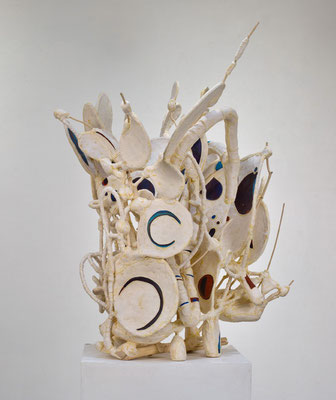 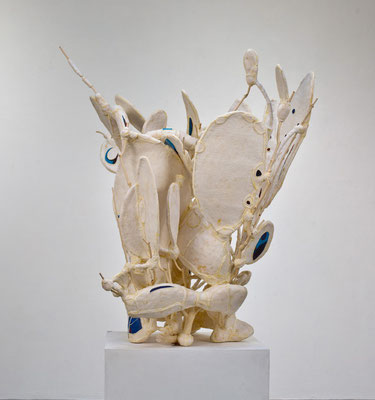 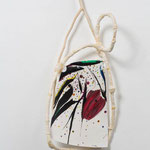 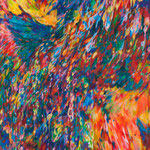 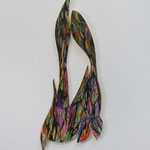 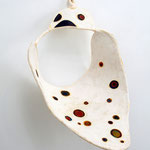 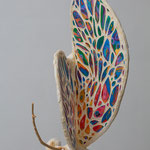 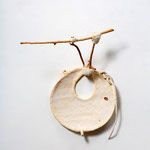