Face Fruits are the main product of Tree of Life.  These represent each individual person that has lived, is living and will come to live.  Face Fruits in this page are the original face fruits that I have created around 2000-1.  I have made several types at the same time with each group determined by the color of the final finish. The giant face fruit, " Princess Mai Mai " (below left) is an exception, and it was sculpted between late 2004 to early 2006.

Below are examples of Face Fruits that were finished mainly in a maple stain varnish. Other colors were added to enrich the finish. 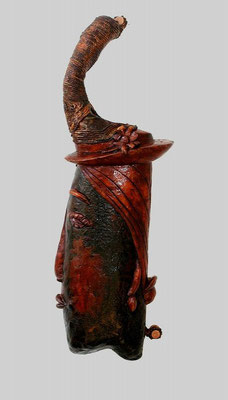 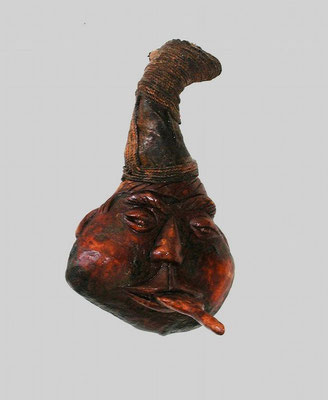 These are Face Fruits that were made around 2000-1.  They are lighter than others of the kind though made with same clay material.  Unlike others, they are not stained. Instead these are finished with Liquitex matte varnish which gave them soap stone like appearance. 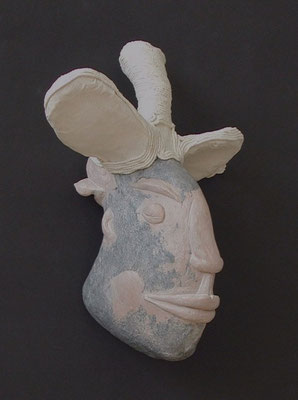 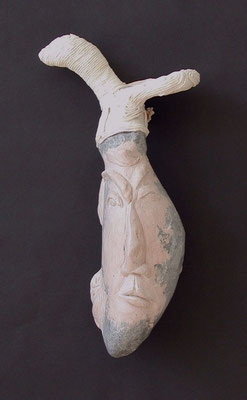 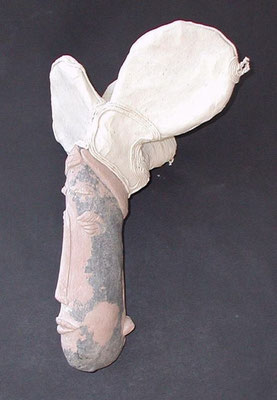 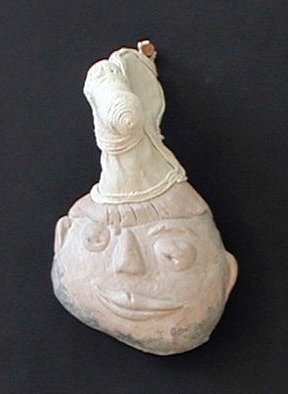